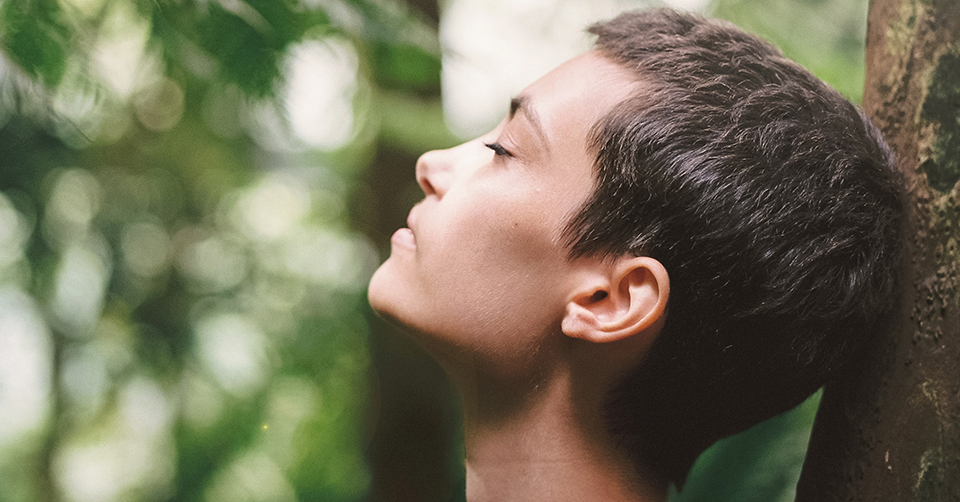 Good habits for a better well-being

Do you know the rule of 3? It is a sort of “mantra” of survival courses and it is used to remember how long you can stay in certain conditions without suffering damage.

To sum it up you can survive:

And to think that breathing is the rarest thing in the world. Most people just ingest a little air and nothing more, paraphrasing a famous phrase by Oscar Wilde.

A famous yoga instructor, André Van Lysebeth, in his book “Yoga Self Taught” tells an episode about breathing that makes you think.
A man who was suffering from various problems and doctors weren’t able to get their heads around of his condition presented himself to this instructor. Tachycardia, digestive problems, irritability, lack of concentration made his personal and professional life very difficult. André Van Lysebeth made him lie down and told him to breathe calmly. He didn’t notice any movement either in the abdomen or in the chest. He told the man not to hold his breath. But he replied he was not holding it back. It was such a surprising answer! He was so stiff that he hardly breathed and this explained many things. After half an hour of trying, his abdomen began to move and he began to breathe a little more easily. Things were not simple after that. But thanks to the magic of breathing that human body came back to life. And now with the help of a doctor, that man is on the road to recovery.

Breathing is a tonic for the heart and the key to the body wellbeing. If done correctly, slowly and deeply, it will deliver oxygen to your whole body making it more resistant.

For most of the time we are not aware of the flow of our breathing, because it is an automatic process, but this does not mean that other factors cannot change it.

Emotions, habits and experiences can lead to an imbalance in ones breathing, just as it happens with posture: many people do not even realise that they do not use the entire breathing capacity they have and breathe superficially.

The ability to breathe deeply is closely connected to how we use our body and how we feel: with incorrect postures and rigid shoulders the chest cavity narrows and this will make our breathing suffer. Start noticing it, now that you are reading this article, stop and look at how you are positioned: are your shoulders hunched? Are your neck and your shoulders stiff or relaxed? How is your breathing? While you’re there, give it a try: straighten your back, roll your shoulders back to open them and take a long inhale, feel the air open your lungs. You will probably want to do it again: go ahead, it will oxygenate your body and you will feel better!

What happens when you breathe

As you well know, breathing is an amazing two-step process, two movements that we usually call:

Many people are convinced that the main protagonists of this wonderful journey are the lungs, in reality the respiratory process is controlled by a muscle that we are often unaware of: the diaphragm.

The rhythmic movements of the diaphragm continuously massage the organs located above (heart and lungs) and below (liver, spleen, stomach), stimulating their functions. For this reason, the rhythm of breathing also affects, for example, digestion, and other vital functions.

Conscious breathing and a little practice

Some help comes from yoga: great yoga Masters recommend breathing slowly as if we were given a set number of breaths at birth, to then gradually consume. If breathing is life, they say breathing slowly lets you live longer and healthier! First thing in the morning, before even putting your feet on the ground, try taking several deep breaths, filling and dilating your ribcage and then emptying it, slowly, paying attention to the air that enters, distributes throughout your body and then goes out.

If you can go to work on foot even for a short distance (otherwise during the day you have a few minutes to move) breathe slowly: while you are walking inhale for 6 steps, hold your breath for 3 steps, exhale for 12 steps. Then again inhale for 8 steps, hold for 4, exhale for 18 steps. According to yoga, in fact, during slow and conscious breathing exhalation (even if you are holding your breath or not) must last twice as long as the inspiration.

Reading to enhance oneself

In this article we wanted to give you some food for thought, some suggestions to get closer to conscious breathing and to practice good simple habits that can help you improve the quality of your breathing and your well-being (and if you try with Cube nearby you will feel the difference even more!). Obviously, it is just a general overview: to learn more we have suggested some interesting and useful readings here.